It's no secret that I enjoy watching TV. Over these past few months hopping from one cold to another I have managed to log an incredible number of hours on my couch spending quality television time with the kids. TV makes getting through the night possible for me. Before we had kids my wife was intent on us spending quality time together as a family with the intentional caveat that our TV would not be considered one of the members. What she failed to account for were the high number of excellent shows for parents and children to watch together. In 1989 The Simpsons showed us that animated prime-time shows could be made for adults. Sure, kids could watch, but the topics covered were either above their heads or potentially inappropriate. Just six years later, the movie Toy Story bridged this gap. Containing a story line and characters that are enjoyable for all ages but also peppering with jokes for those targeted at an older audience, Toy Story began a revolution on animated TV and movies aimed at the entire family. No longer are parents limited to shows like the Teletubbies or Barney that maybe teach a nice lesson but leave the adults ready to watch something more stimulating.

Phinneas and Ferb is the best of the best. Two step brothers, Phinneas and Ferb, spend their Summer vacation thinking up fantastic plans to make each day as amazing as possible before they are made to go back to school. They have an older sister who tries to get them in trouble, a platypus who doubles as a secret agent and a whole host of other characters too numerous to mention. On the surface, one seeing only a few minutes of an episode might think it ridiculous that a couple of kids could design, build and ride a rollercoaster only to have it disappear just before their mom and sister caught them. The ridiculousness is often acknowledged, though also explained time and time again. Kids will love this show because of the lovable characters and fun things that they do. Parents will love it because of the pop-culture references, great music and multiple story lines that tie together in the end like a Seinfeld episode. What's more, this show is available on both the Disney Channel and Netflix Streaming.

Shawn the Sheep is a hidden gem. If you enjoy Wallace and Gromit in the least, then the spin-off Shawn the Sheep will be a big hit. Shawn, a thin sheep who will be the smartest character in each episode, leads a pack of sheep through adventures in their pen that are anything but mundane. Whether Shawn is setting up a rave in the barn or stealing apples from the evil pigs, the show is understandable by toddlers as well as adults. The only words spoken are occasional mumbles by the farmer, so this show can be enjoyed at low or even no volume - perfect for early mornings while the rest of the family sleeps. Shawn is available on DVD and streaming in Netflix and has even spun off a Kid Disney show, Timmy Time about a baby sheep who goes off to animal preschool.

Thundercats is back! I can remember back to the 80s when the original show that replaced He-Man came on the air. A group of cat-people who love in the Sci-Fi world of Third Earth battle a mummy and all that is evil with a magic sword. While the setting may be a bit too fantastic for some viewers, the retelling of the story is unbelievably rich with character development. Each episode tackles a different internal struggle that an individual or the team must overcome in order to grow up similar to childhood. Your kids will love the show because of the fun cat-like characters. You will love it due to nostalgia and great storytelling. I hesitate to include this particular show as featured family entertainment due to the inevitable mild violence that ensues each time the main character pulls out the Sword of Omens. Still, weaponry is regularly met with the lesson that reasoning and thought is a better alternative.

While TV time with contemporary shows has its merits, episodes of our TV past are now available on DVD and streaming. In the next part of TV that is good for the whole family I will review the classics. 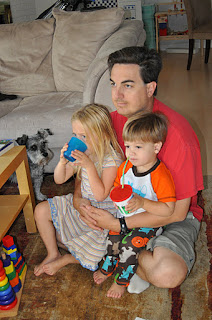 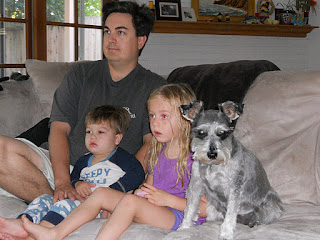