TV that is good for the whole family - Part 2

TV that is good for the whole family - Part 2

In Part 1 of “TV that is good for the whole family” I reviewed current shows that might be running and streaming to your TV as you read this. In order to provide my children with a full understanding of pop-culture, I find it important to keep them up to speed on classic cartoons as well. It would be unacceptable to me for my children to know Mickey Mouse only as a computer generated 3D character (though, hats off to They Might Be Giants for their excellent theme songs). Watching the classic cartoons of my youth with my children has become more difficult than I would have anticipated.

Some of my earliest memories include watching classic Disney cartoons beamed to us on the rustic 12-foot satellite that my dad constructed in our back yard. It is only natural that I should want the same for my children now (though, sans giant safety hazard). Donald and Mickey can offer countless hours of entertainment to those who have access to them. I was surprised and confused that so few of these cartoon shorts are available for quick purchase on DVD. As it turns out, Disney has developed their “Disney Vault,” a process by which they release only certain movies or cartoons as they determine will be most profitable. From the standpoint of a dad who wants his cartoons, it is a terrible system. Still, to go about obtaining legal and high-quality Disney cartoons, we have little recourse. The shorts no longer have a show, even late at night, for viewing or recording.

Warner Brothers cartoons are quite a different story. Volume after volume of the classic Bugs, Daffy and other Looney Tunes characters are available for purchase. These cartoons are perhaps even more entertaining to watch as an adult as they are for children. Now that I’m a little older, I can appreciate the classical music with timed animated action. It is an excellent introduction to a child’s musical education. Tom and Jerry has begun to release DVDs as well, though if purchasing, read the label and be wary of anything produced in the last 30 years. These rounded and cleaned up cat and mouse duo have had been cleansed of violence and nearly all of their entertainment value.

Superhero cartoons, on the other hand, have gone from good to great – and all available on DVD and streaming. Superfriends was entertaining for the time created, and to a certain extent continues to be fun. Substitute the kitch and weak writing for deep story lines and deeper characters and you have the Justice League series or the animated Batman and Superman. These have even recently given way to newer cartoons that are rounder and simpler but appeal to a younger audience. I enjoy watching the new Batman Brave and the Bold alongside the animated Avengers and Young Justice.

I may be criticized for the amount of TV that I watch or allow my children to watch. It has also been said that TV programming stifles the imagination and limits children. I couldn’t disagree more. Anyone who has read any of my other articles will know that my family does our best to enjoy all that Santa Barbara has to offer. If anything, the characters that my children identify with allows them to imagine a world different from their own – one where human flight or talking pets might be possible. It’s this sense of wonder and enhanced imagination that I hope for my children and those of the world to bring to solve the problems of the future. It is by watching the TV box that I believe my kids will learn to think outside of the box. 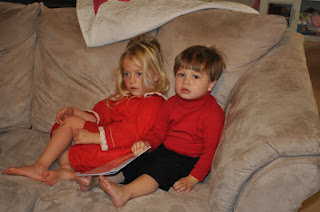 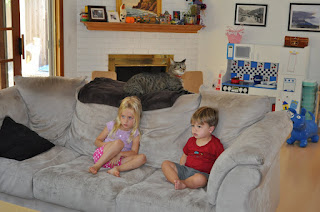 So you're advising parents to let their kids watch Disney which is full of occult symbolism?

Letting your kids grow up on TV and video games is what is ruining society.

Do your research, man,

You are reaching and full of something.